What lies behind V-ZUG’s new advertising campaign and what does it represent? We take a look behind the scenes and explain the big idea behind it all.

V-ZUG household appliances are high-quality, modern and reliable. The secret? It lies in the detail. With dedication to every detail, highly motivated employees in Zug and all round the world are devoted to creating household appliances of the utmost Swiss perfection like no other manufacturer does. This sets us apart as a Swiss brand – something we are proud of and want to convey to the public. A passion for every detail lies at the heart of our day-to-day work, and is therefore also the focus of our communication and advertising activities. It’s a guiding principle that characterizes V-ZUG’s current and future advertising campaigns in Switzerland and in international markets. 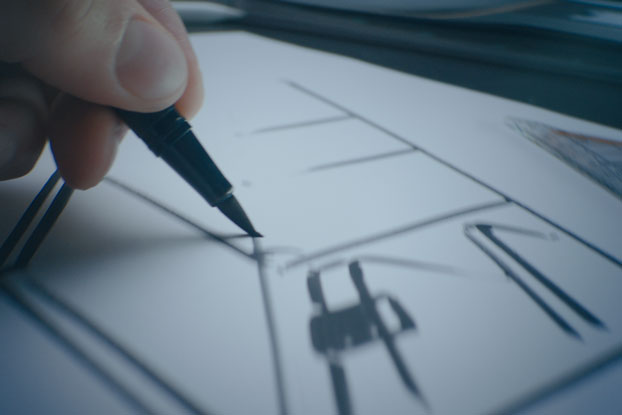 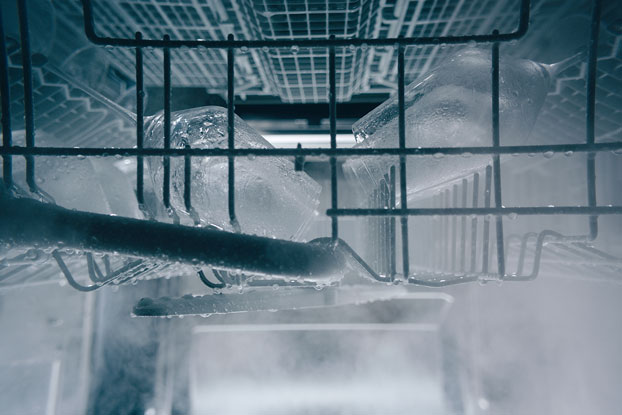 The campaign, consisting of print advertisements, TV commercials, a brand movie and several short films, takes up the theme of “Details make the difference” – with a focus on dishwashers, refrigerators and tumble dryers. The campaign illustrates how the detailed production process in Zug enables us to impress our customers with top-quality household appliances. Production in Zug? Yes, you heard that right. We manufacture the majority of our product range in the heart of Switzerland, in our own factory in Zug. This is a key factor that many of our customers have not yet fully grasped – so the new video clips take a look behind the scenes at our production facilities. 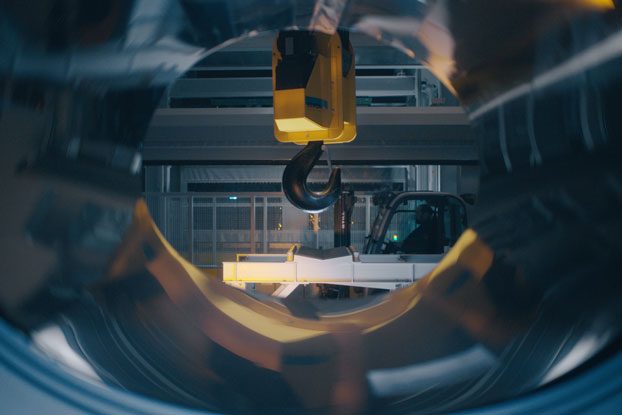 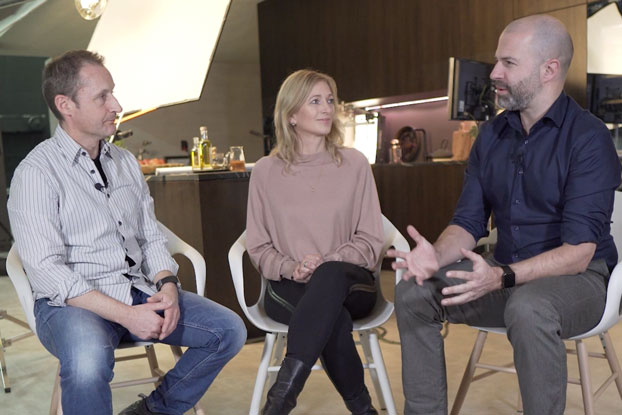 What sets us apart from our competitors and where does the essence of our brand lie? The answer to this question is provided by the new advertising campaign – created in collaboration with the agency Jung von Matt. Roland Graf, Head of Global Marketing Services V-ZUG AG, Sheryl Kroschel, Marketing Communication Manager V-ZUG AG, and Andreas Schärer, Project Director Jung von Matt, explain more about the current advertising campaign and the collaboration between these two strong partners in a blog talk.

The creative minds behind it all
From concept development to implementation: a team, consisting of a core group from V-ZUG and the consolidated strengths of the Jung von Matt/Limmat agency, worked relentlessly to develop the new campaign. We introduce the creative power brains behind the project.

Who are these tireless souls?
Jung von Matt/Limmat is Switzerland’s most creative agency (number 1 in the 2017 and 2018 creative rankings). Founded in 1993, the agency unites a team of 120 experts from all marketing and communication disciplines under one roof. Jung von Matt/Limmat loves ideas that inspire, and works for major Swiss cult brands. The agency embodies an outstanding creative culture that entertains and supports – but never interrupts. Together with JvM/services and JvM/play, they have developed the new V-ZUG campaign.

A huge hall filled with V-ZUG appliances, props, film cameras, lighting equipment, cables, furniture and a highly motivated team. A mixture of creative fireworks, nervous tension and childlike anticipation fills the air. After the initial filming was completed on the V-ZUG site, the second part of the campaign took shape in this imposing hall. Five film sets side by side meant that the campaign could be executed efficiently and, above all, in a coordinated manner. “It was just fantastic to see how everyone pulled together,” says Sheryl Kroschel, Marketing Communication Manager V-ZUG AG. This motivated team was able to produce the brand film, the TV commercials, the print campaign and the new sponsorship billboards in parallel. Two film crews and numerous V-ZUG employees worked alongside the agency. Roland Graf, Head of Global Marketing Services V-ZUG AG, adds: “And it was particularly important for us that the on-site filming in the production facilities came over as authentic.” For that reason, the brand film features real V-ZUG staff. 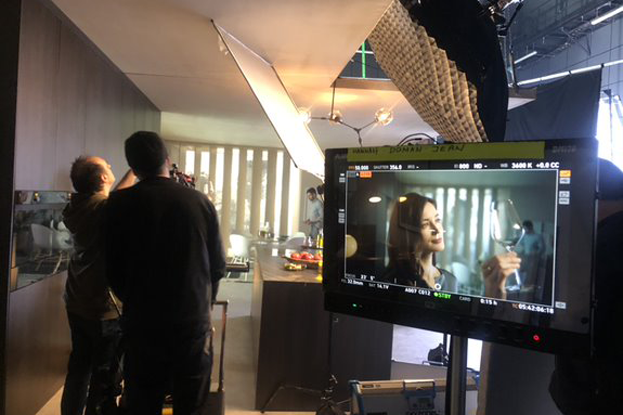 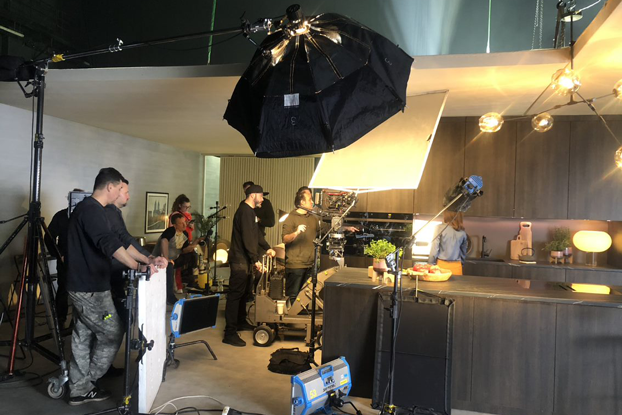