The fascination of V-ZUGTime for the really important things 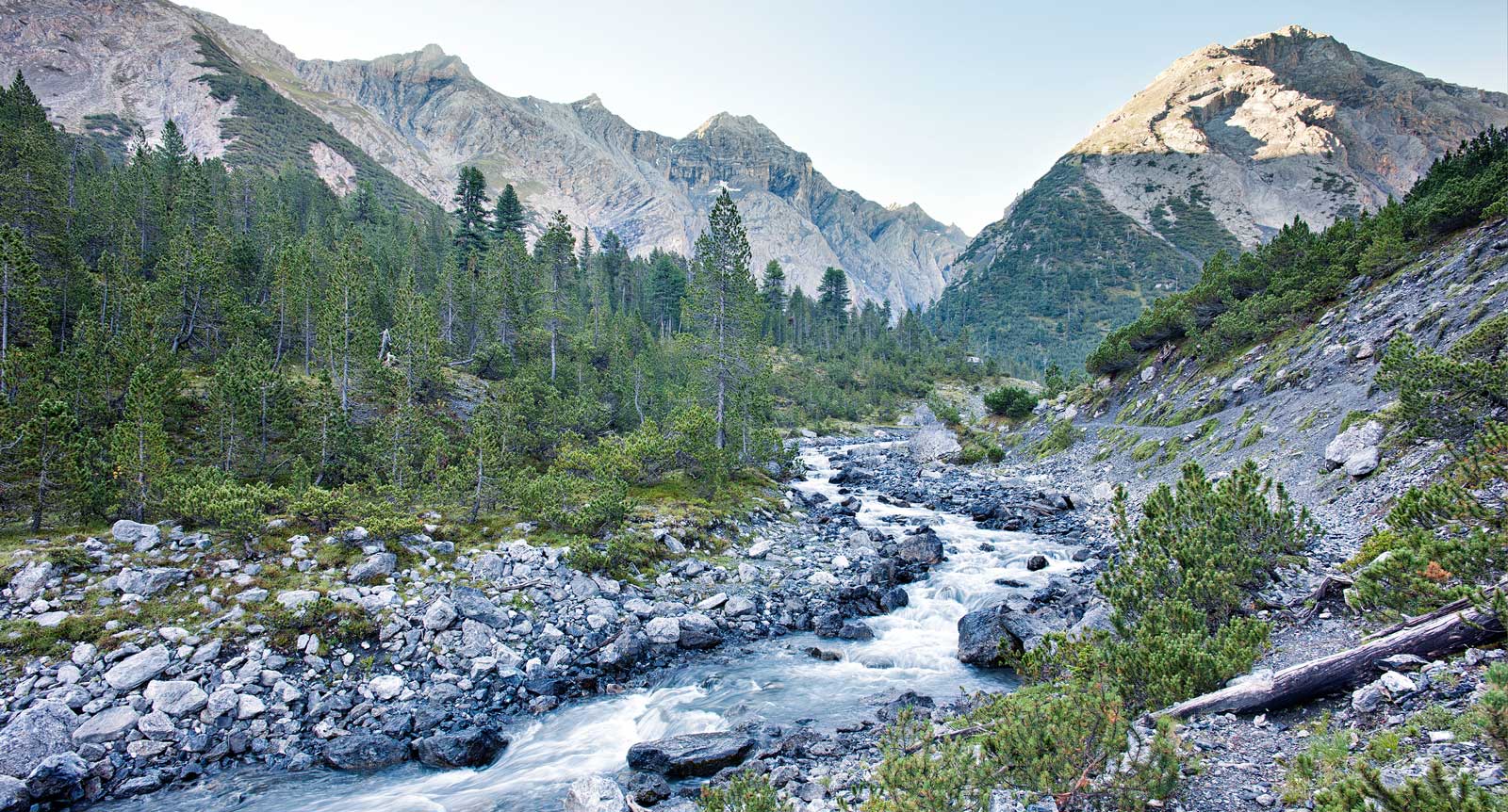 Water is a vital source of inspiration for the researchers and developers at V-ZUG. To be more precise: steam. For many years, they have been working on making steam’s energy and positive qualities effective in an everyday context. The results are innovations which make housework easier, leaving lots of time for the really important things in life.

A tradition of innovation

“Everything that can be invented has been invented,” said Charles Duell from the US patent office in 1899. Luckily there are still people around with visionary ideas, and some of them are at V-ZUG.

Inventing something new is roughly as difficult as searching for a needle in a haystack. You have to pick out the genuine innovations from the mass of good ideas. Over 130 inventors, developers and engineers have dedicated themselves to this complex task at V-ZUG. Their work is always focused on the needs of customers. The ultimate goals are to make housework even easier and more pleasant for people all around the world or open up completely new opportunities for them.

Following the launch of the first V-ZUG combi-steamer in 2001, specialists discovered that steam is capable of much more and began to integrate this highly effective tool into other appliances as well, for instance for removing creases in washing or making the dishes shine. Today, steam is used in almost of all V-ZUG product categories and it certainly will be in future inventions, too.

An interview with Patrick Dreher, Head of Large Kitchen Projects at V-ZUG

What is the recipe for success that allows V-ZUG to launch so many world firsts?

We have the luxury problem of generating far more ideas that we can ever put into action. Since we work in a very practical environment, almost everyone has ideas about what could be improved. The suggestions for new machines or functions come from all directions: from private customers, authorities, specialist retailers, architects, kitchen makers, sanitary fitters, leading chefs and V-ZUG employees. The challenge is to identify “the right ideas” across all product areas from this enormous pool. Ideas are collected and filtered at regular strategy meetings. The committee also includes employees, who are very close to the market due to their daily contact with customers. This understanding of customer needs plays an essential role in the selection process. However, whether an idea is translated into a pilot project or not depends on whether it clearly differentiates us from competitors and what the patent situation is.

What role does steam play in the development and innovation process?

Steam is a highly efficient carrier of energy. It enables a relatively large amount of energy to be stored and released in a precise fashion. And since pretty much all of our products are based on energy transfer – be that to an item of food, a piece of clothing or dishes – this medium is highly significant to us. The effects are developed and optimised in our application technology laboratories. Steam does also present a number of challenges, such as corrosion and limescale in the machines. In this respect, we are able to draw on the considerable experience of a wide range of specialists who work together across disciplines to ensure that every aspect of our appliances runs smoothly.

In which areas of housework could steam make our lives even easier in the future?

When cooking in a combi-steamer, for example. Every food has to be cooked in an individual way in order to ensure its flavours are optimally released and it takes on the required texture or consistency. Top chefs know these processes by heart and perform them manually. We adapt their knowledge for our appliances and specifically optimise cooking processes for every food. V-ZUG machines with the BakeOmatic function can actually perform these cooking processes at the touch of a button. The potential is limitless in this area. I am talking about simultaneously preparing several foods in one cooking space or cooking relatively unfamiliar foods such as quinoa, for example. The appliances will provide us with more and more support in these areas. And in future, steam might make our lives even easier in other, hidden ways too, such as in self-cleaning machines or via energy savings.

What is your favourite steam product from V-ZUG and why?

I love the Hot Air + Steaming function on my combi-steamer. The precise addition of moisture means that my gratins or lasagnes never dry out and always work out really well. Incidentally, the same function can also be used to “deep-fry” spring rolls or oven chips without any fat. 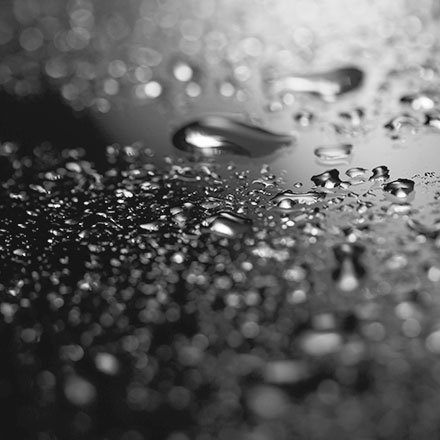 Steam has been serving us well as an energy carrier and tool for many centuries. V-ZUG recognised steam’s potential in the kitchen and household and made it a priority of its research and development work. And it has been successful: the fact that V-ZUG has the greatest expertise on steam in the whole sector is demonstrated by the numerous innovations of recent years – sophisticated steam-based applications which make housework easier and enrich people’s lives. 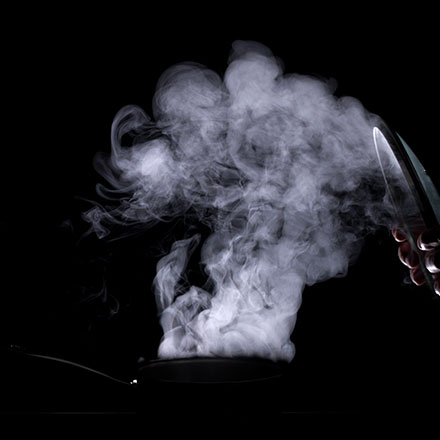 The steam-based world exclusives from V-ZUG 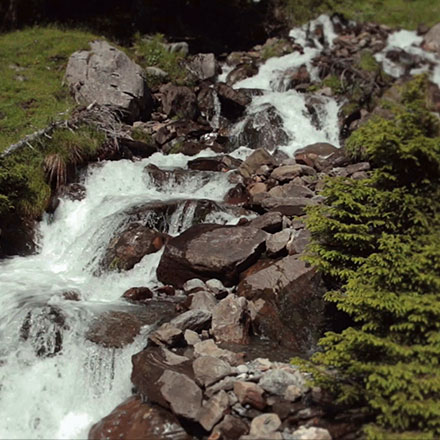 Locating the source of steam expertise

V-ZUG’s “steam expertise” originates high up in the Swiss Alps and reaches households all over the world via the company’s appliances. A film journey to the source of V-ZUG’s steam expertise. 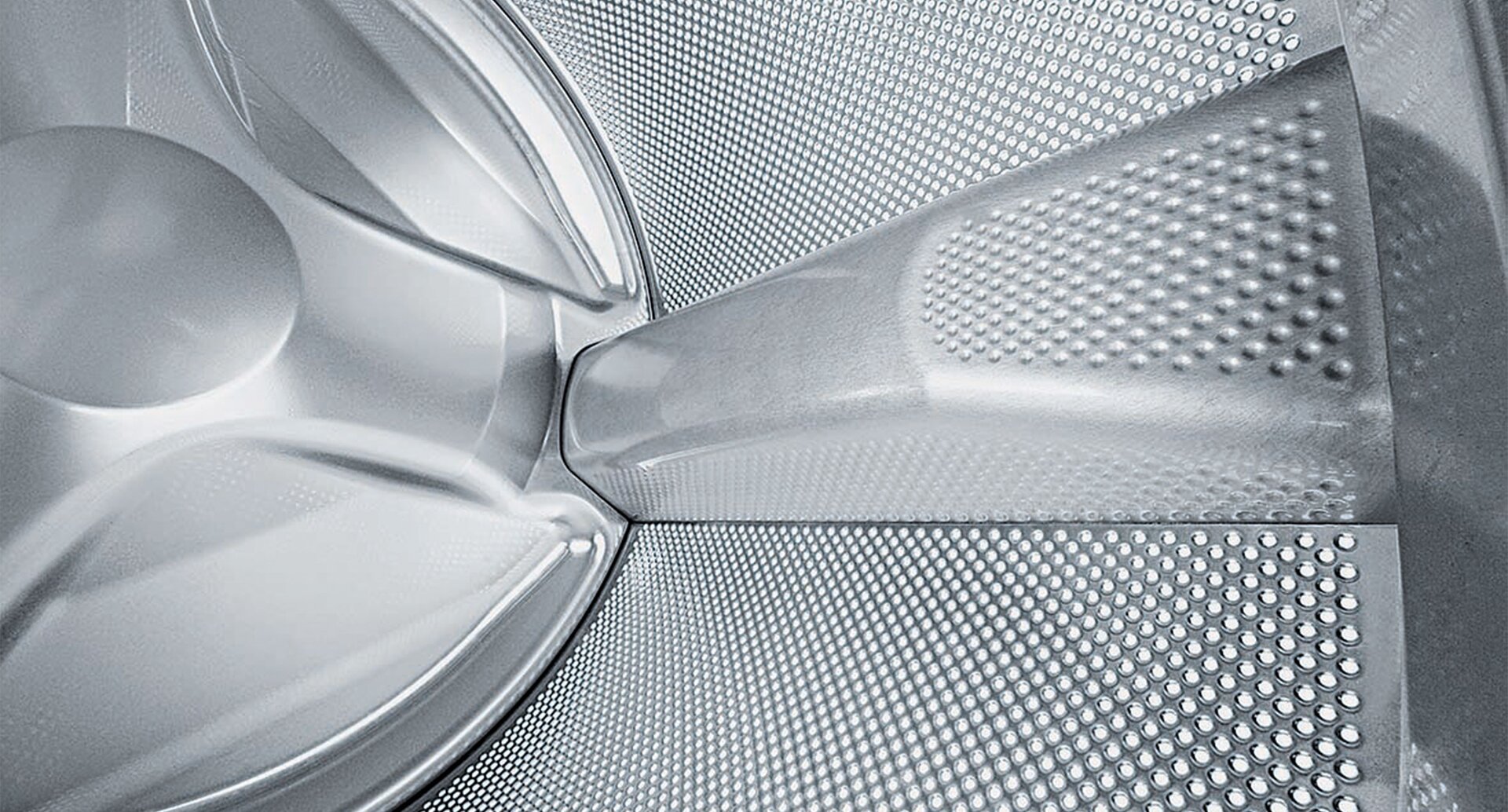 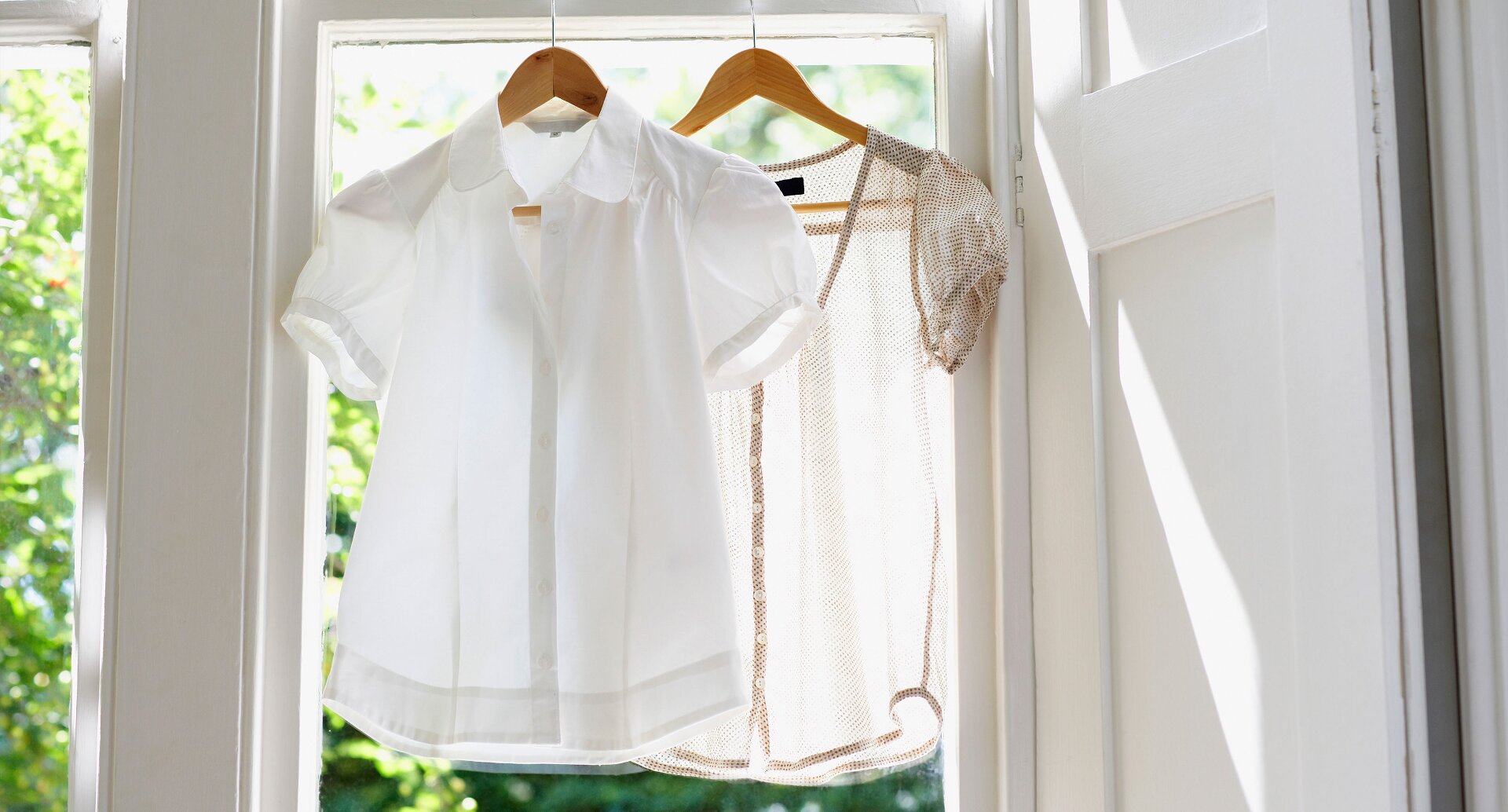 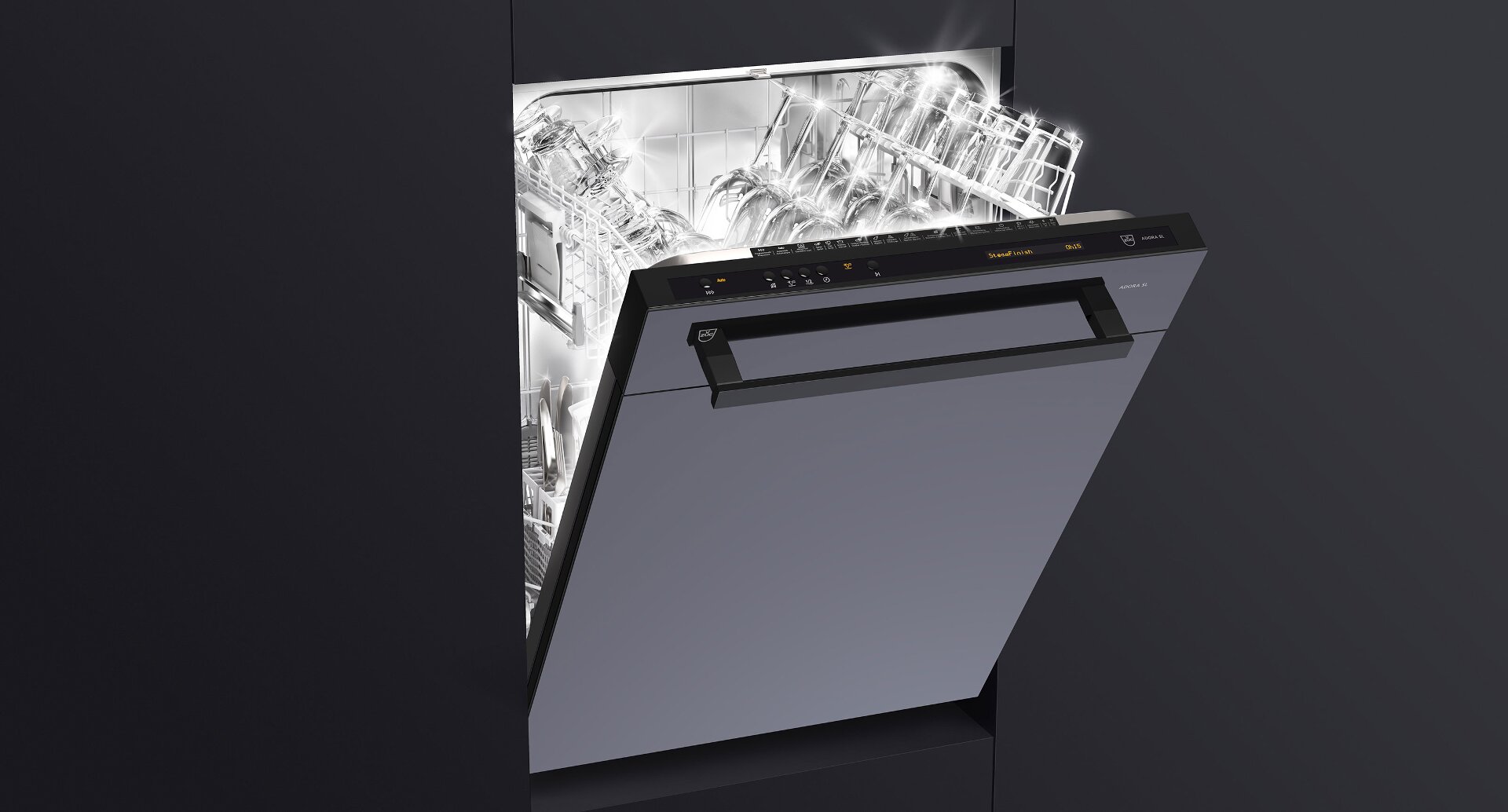 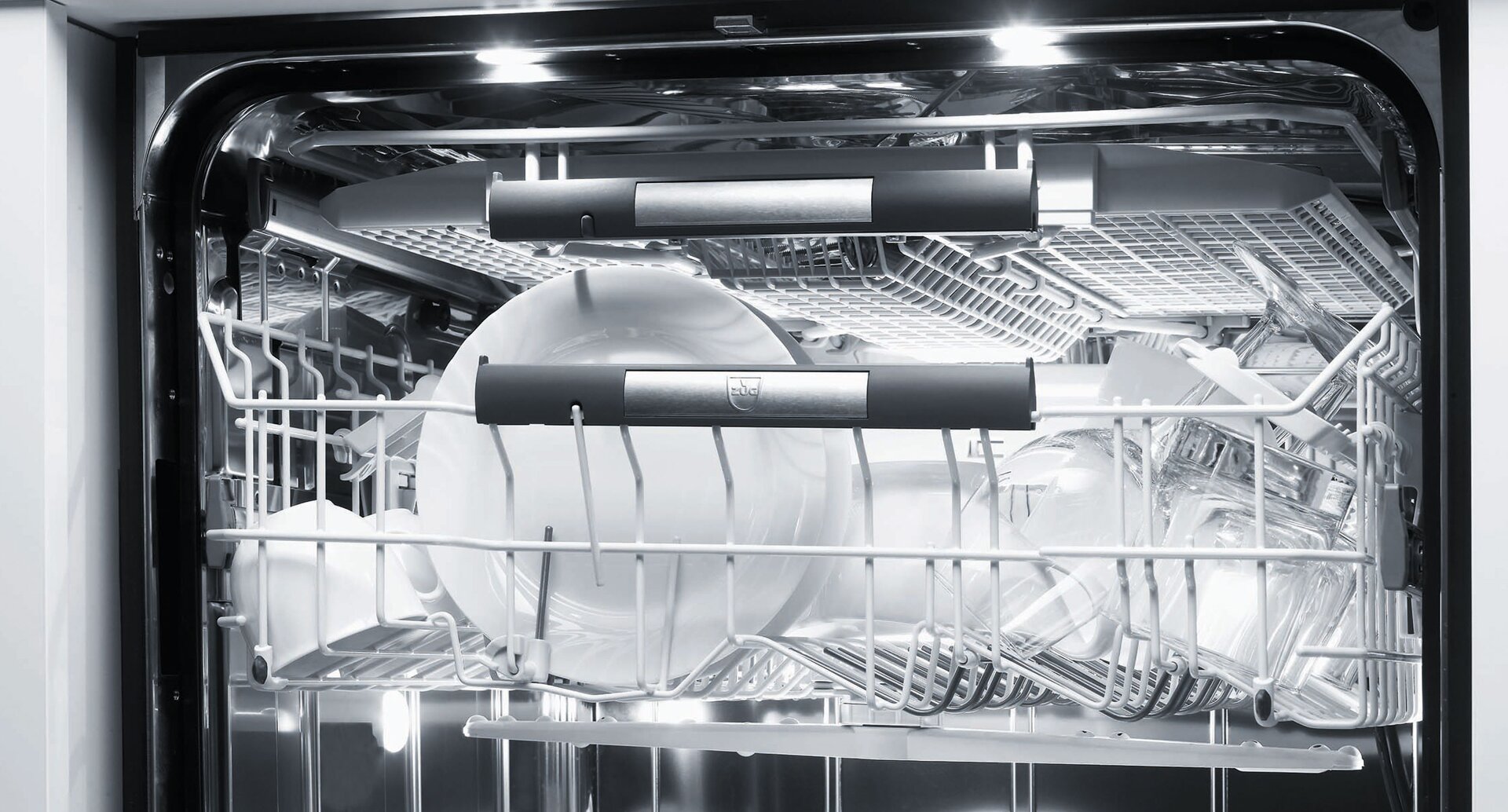 For spotless cleanliness and sparkling shine. 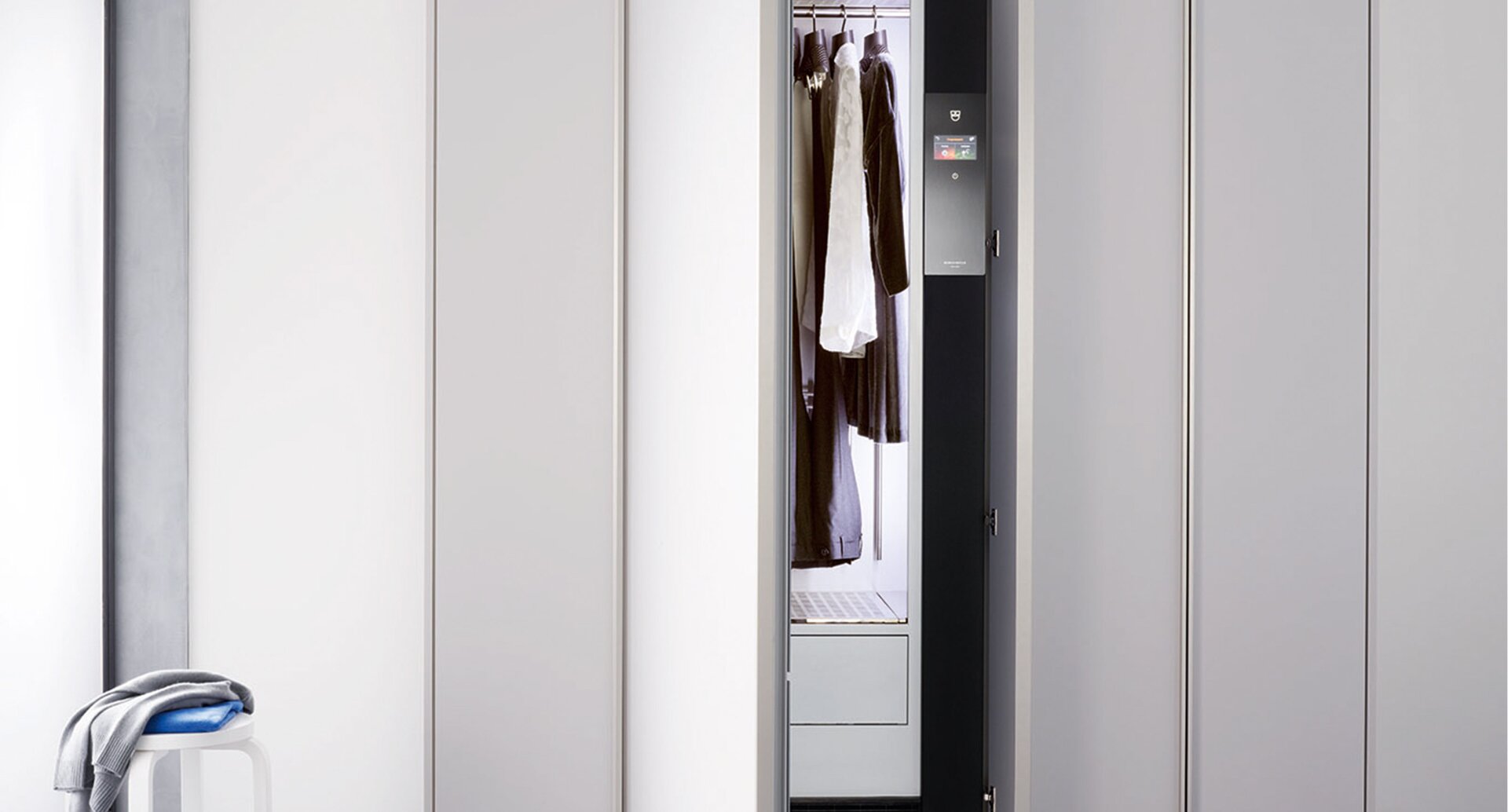 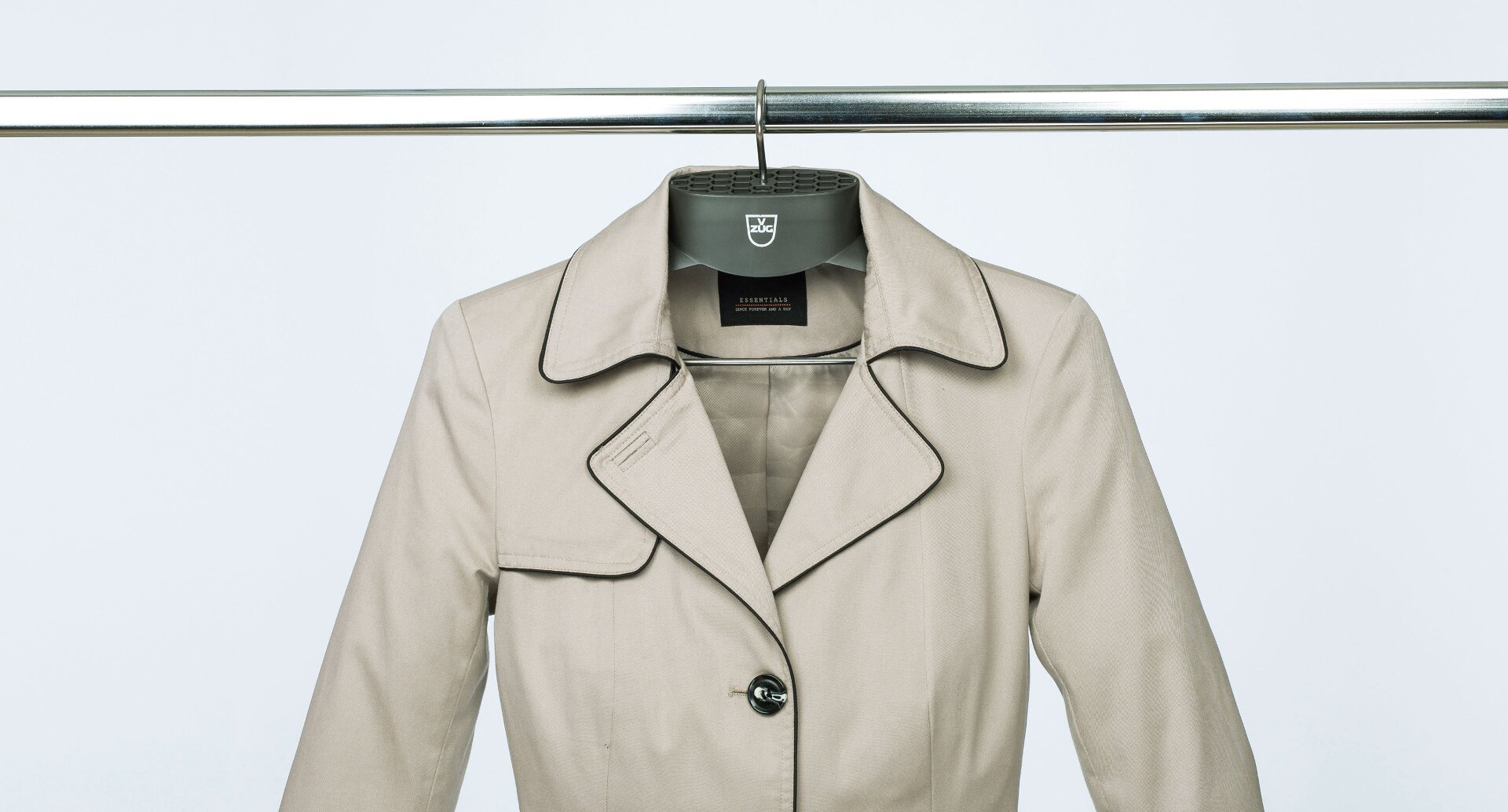 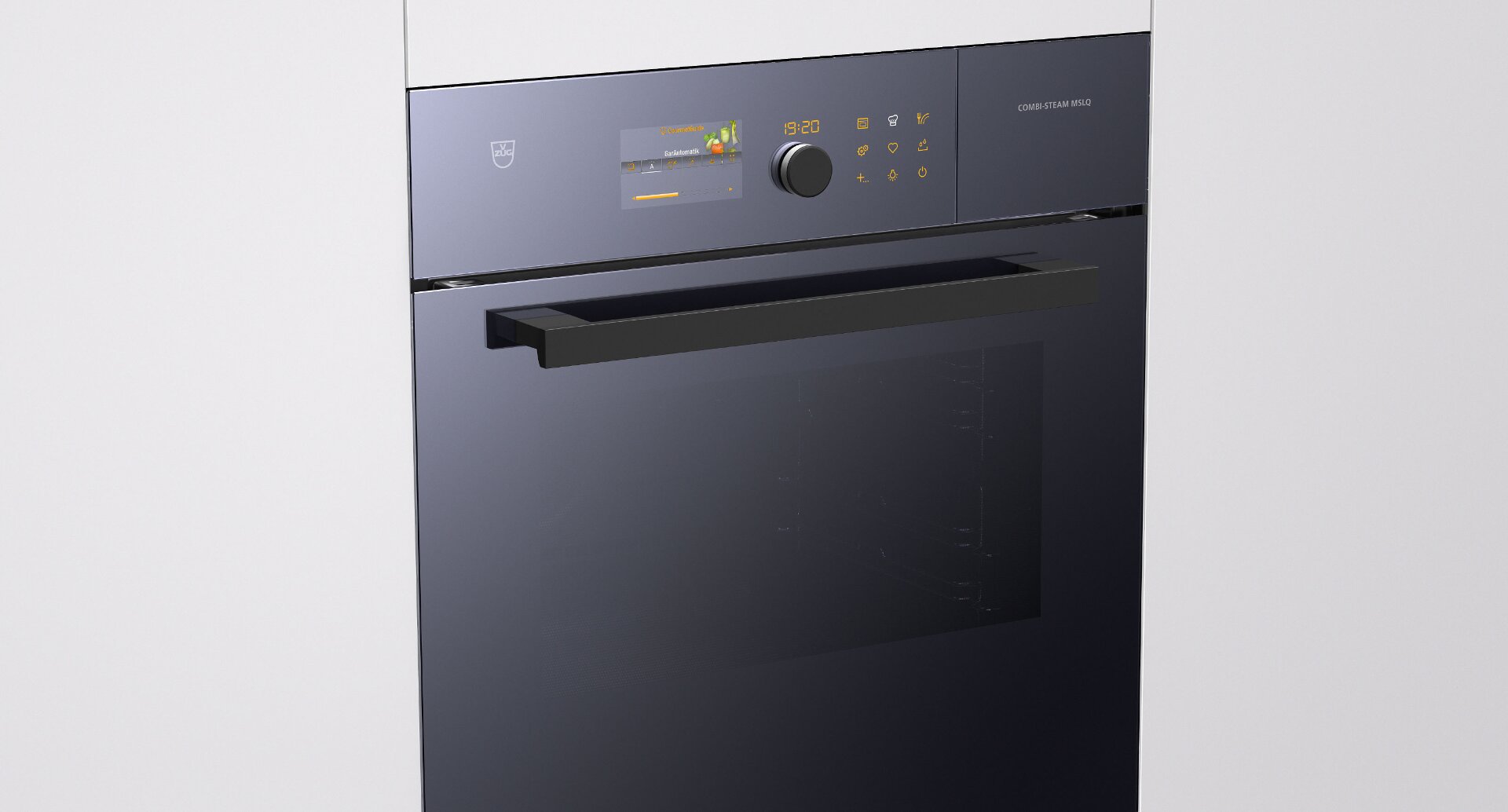 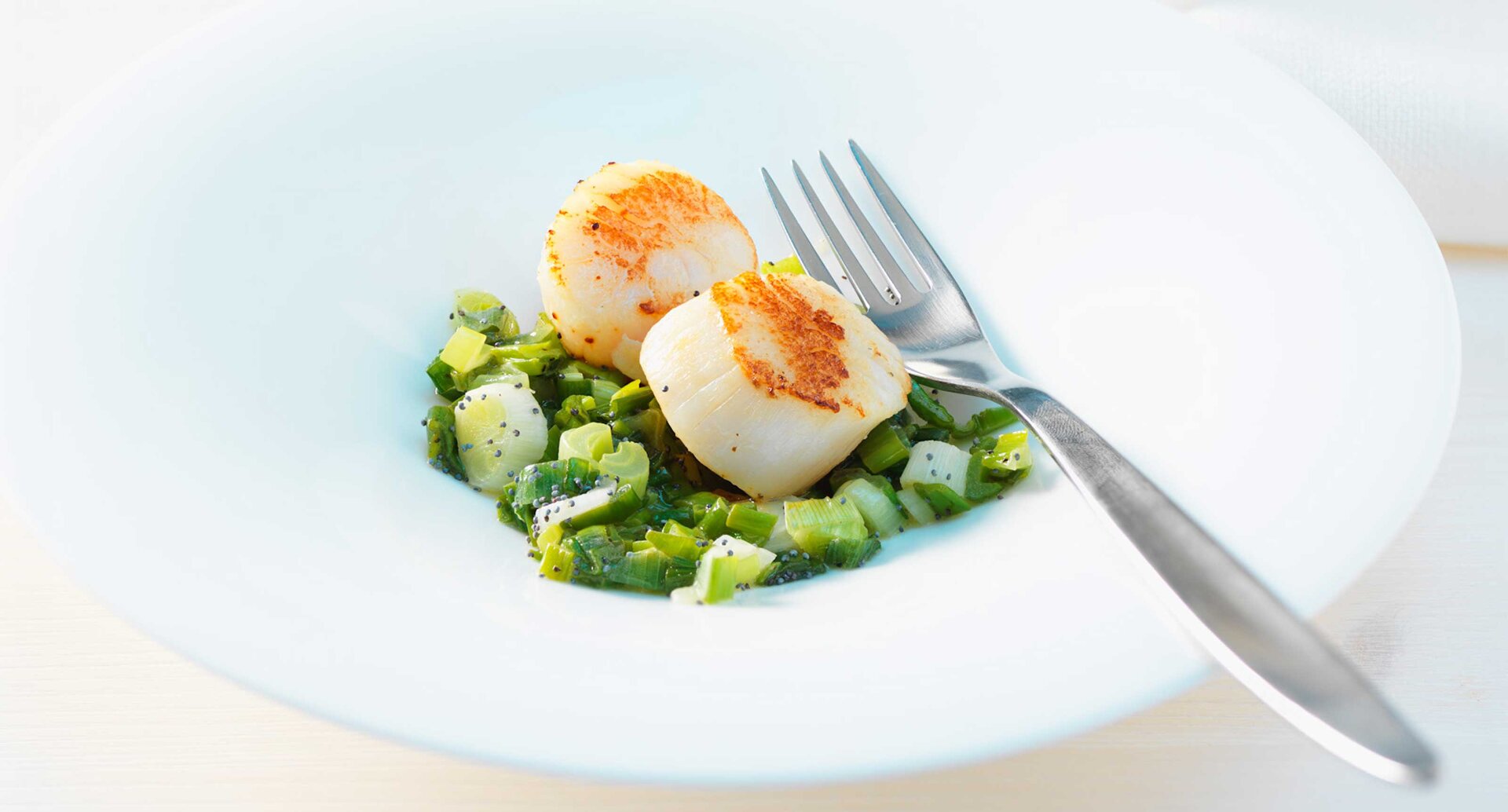 Conventional heat, steam and a microwave can be combined as the fancy takes you, for even faster, gentle cooking.

Steam in its most effective form: V-ZUG combi-steamers make both the cooking and the eating more enjoyable.

V-ZUG’s combi-steamers make everyday life easier – for instance with the regeneration programme. Leftovers or supplements can be reheated carefully and will taste like they’ve been freshly prepared. The integrated sensor – one of V-ZUG’s specialities – also makes life easier. Using the Soft Roasting function, a piece of meat can be cooked exactly when you need it. The integrated food probe automatically and dynamically controls the meat’s core temperature.

By gently heating food with steam, vitamins, minerals, trace elements and flavours are largely retained. What is more, the intelligent programmes offer inspiration and variety in your everyday cooking. The GourmetSteam programme, for example, features permanently stored exclusive meals by V-ZUG’s star chefs which can be called up at the touch of a button and are guaranteed to be a success. 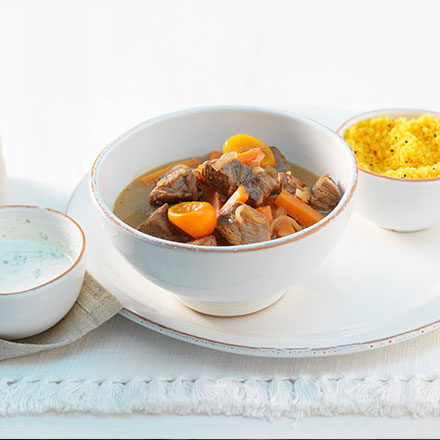 A steam cooker for all your daily needs

From boiled eggs for breakfast, home-made yogurt in the afternoon and a meal of several courses: the combi-steamer is a reliable assistant the whole day long. 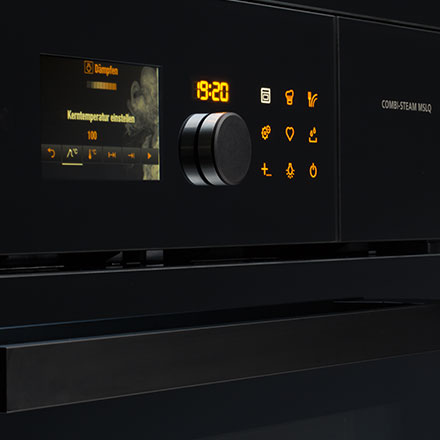 The first steam cooker that can do everything

Of all V-ZUG’s combi-steamers, one in particular stands out, despite its understated design: the Combi-Steam MSLQ is the first appliance in the world to unite conventional heat, steam and microwave technology. The three heating methods can be combined entirely as you please. For even more possibilities. 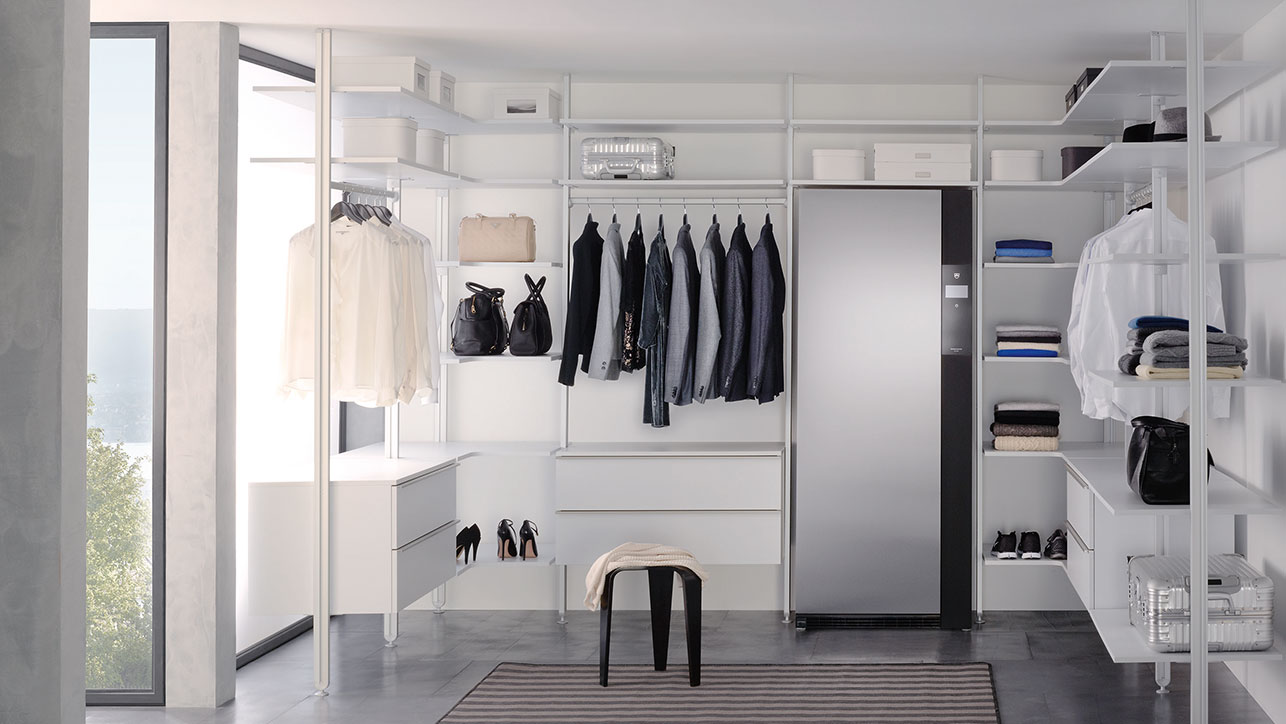 Getting the best out of steam for your clothing

The REFRESH-BUTLER, V-ZUG’s innovative fabric care system, combines all of steam’s positive qualities for gentle, easy care of your clothing at home.

Open the door, place your coats, clothing and shoes in the machine, close the door and select your desired care programme via the touch display. The REFRESH-BUTLER has four practical functions: it neutralises smells, reduces creases from wearing, dries rain-wet coats and shoes and almost completely eliminates bacteria and other germs.

The secret lies in the combination of photocatalysis and steam.

The V-ZUG-developed, globally unique system works within a closed air circuit. A photocatalytically active coating combines with light and steam to gently refresh and care for fabrics, and the integrated heat pump helps to save energy. The REFRESH-BUTLER can either be free-standing or built into an existing cupboard system. Incidentally, it is exclusively available from V-ZUG. 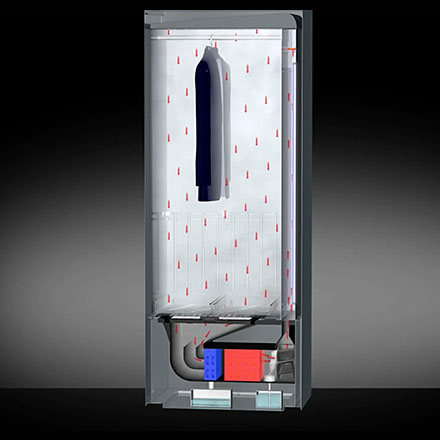 A practical assistant for your everyday needs: the four programmes Refresh, Anti-crease, Drying and Hygiene care for your clothing in a gentle, energy-saving way. 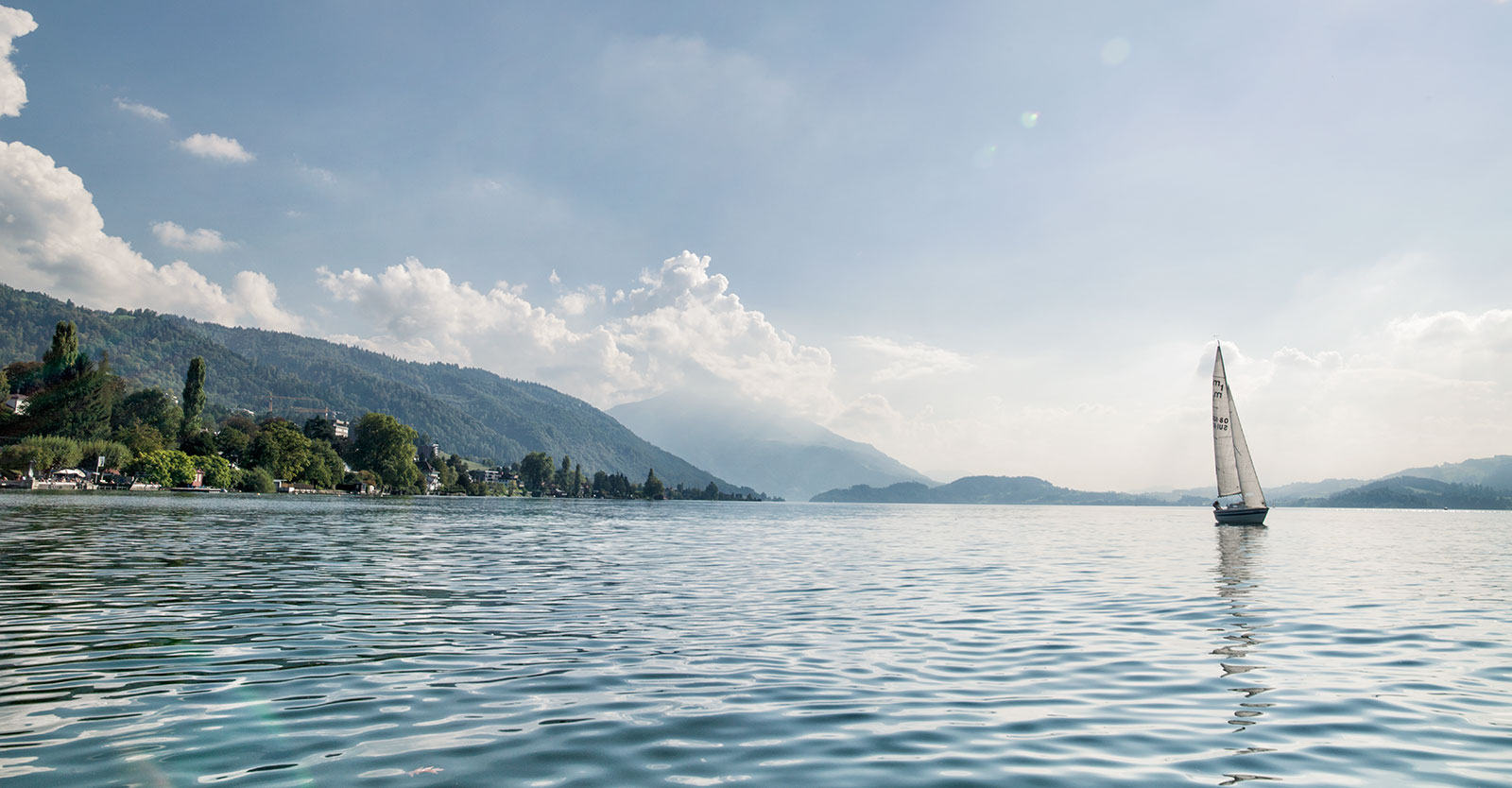 Steam can do a lot more

The world-exclusive Steam Anti-crease function saves time on ironing, as the clothes are already de-creased in the washing machine. The steam produced in the washing machine passes through fine openings in the Special Care Drum to the washing, where it releases its energy and removes the creases from the clothing. Steam anti-crease can be used as an additional programme after almost all cycles or programmed separately in order to de-crease any leftover, already dry washing. To achieve the best results, the clothing should be hung on a coat hanger to dry as soon as possible after the steam anti-crease cycle is completed.

SteamFinish: with pure steam to a sparkling shine.

Steam’s positive effects are also deployed in the Adora dishwashers. The SteamFinish function, which was developed and patented by V-ZUG in Switzerland, uses pure steam to produce spotless, sparkling dishes. Steam is generated at the end of the drying process. This steam condenses on glasses, cutlery and dishes in the form of extremely pure water, removing any salt residues and traces of detergents and rinsing agents. The world-exclusive SteamFinish function can be manually selected in addition to all washing programmes or set to run permanently as a gentle finish to every cycle.

Steam is created through a combination of water and heat.

That is why V-ZUG’s environmental commitment places particular emphasis on these two energy sources. Renewable resources are the number-one energy supplier at the Zug site. For example, all of V-ZUG’s electricity comes from Swiss hydroelectric power stations. With its abundant water resources and mountainous landscape, Switzerland offers ideal conditions for hydroelectric power. In the home, too, V-ZUG appliances ensure low water and electricity consumption. In 2013, V-ZUG was the first company in the world to launch a washing machine with heat pump technology that consumes around 55 percent less electricity than conventional machines. Now most V-ZUG products feature energy-saving heat pumps. And the company’s ambitions go even further: by 2020, more than three-quarters of appliances sold are to have energy efficiency label A or higher. 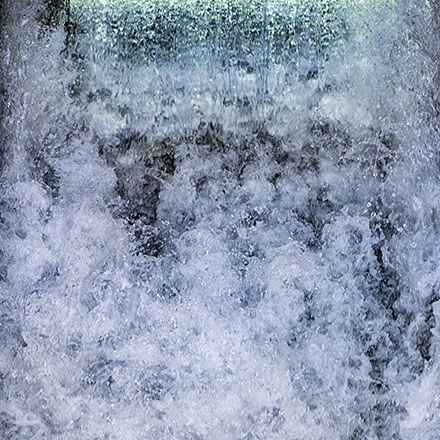 Many large rivers and major tributaries originate in Switzerland. The Rhine Falls is the biggest waterfall in Europe and Lake Geneva the largest lake in central Europe by volume of water. Some 56 percent of Swiss electricity comes from hydropower. At V-ZUG this figure is actually 100 percent, as the company has been sourcing all of its electricity from Swiss hydroelectric power stations since 2014. 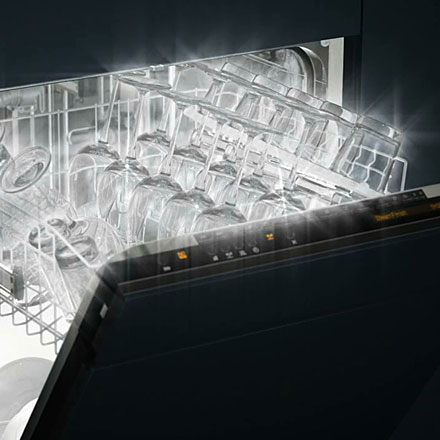 The V-ZUG dishwashers Adora SL and SL WP ensure spotless dishes thanks to the SteamFinish function and low energy consumption thanks to the in-built heat pump. 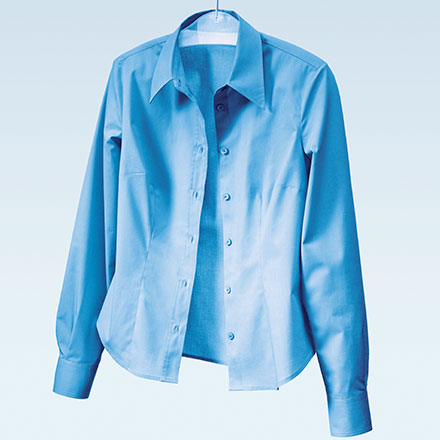 Ironing at the touch of a button

V-ZUG makes everyday life easier with its world-exclusive steam anti-crease function for washing machines. Washing and ironing thus occur in one cycle – all you have to do is press a button.